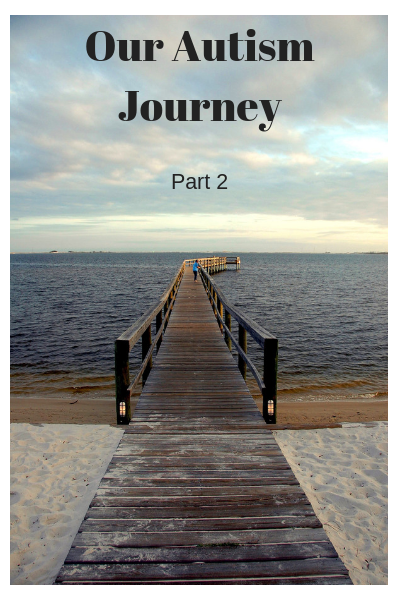 At 20 months old, my boys started their Early Intervention services in January 2014. I had no idea what to expect or what exactly they would be doing. The EI therapist had called me to schedule their first session on a Sunday afternoon. She would be providing services to both. The OT therapist would have her first therapy session on a Wednesday afternoon.

The OT therapist was the first one to come to our home and let’s just say, it was not a good experience. Although the girl was very nice, it was obvious to me that she was very young, maybe recently graduated and this was her first job experience. She was unable to explain what the therapy would consist of, or how or why it would help.

She had asked me if I had a blanket that she can use. She told me she wanted to wrap him up like a burrito. I wish I had a picture of my face to insert right about here. I thought to myself, is she for real?  She then tried to explain to me how it would make him feel calm. I gave her the blanket and seriously, I wish I had video footage of this to insert right about here. I stayed in the kitchen to watch while she attempted to wrap him up in the blanket. I have to admit; my son gave her a pretty good fight. I was sitting there taking it all in and wondering when she would get to the calm part?  It never happened.

The next thing she said to me is, I’d like to try “brushing” him. Now my son had a full head of hair at that point, so I was like, okay sure, go ahead. That’s when she took out a medium size contraption that resembled a brush but was nothing like I had expected. She then proceeded to take this device and brush it up and down each of his legs and arms. Okay now I’m thinking, where are you Ashton Kutcher and am I about to get punk’d? Again, she tried to explain in very limited terms something about sensory processing disorder, sensory input, blah, blah, blah. After she left I had a huge headache and started to do my own research. What the heck was she talking about?  Obviously, now I get it and for those of you who are unfamiliar with sensory processing disorder, I’ll explain in more detail in another post.

The boys first EI therapy session was on a Sunday morning. A very nice woman would work with them both. She was patient (boy was she ever!), kind and explained in detail exactly what she would be working on with each of them. She had been a Special Ed teacher and had years of experience. I felt so much more comfortable with her and she became someone I really learned a great deal from. I was lucky that my boys had such a great EI therapist because from what I had heard from other parents, some of them were not helpful.

Alex generally enjoyed his “play” sessions with his therapist. He interacted with her nicely and was happy to sit down and do whatever task she gave him. I could tell that he was enjoying it and that was a huge relief for me. On the other hand, Michael was tough. He cried the entire hour of each session for about a month. His therapist explained to my husband and me that this was normal, and she had once had a student who did this for about three months before she could even start to work with him. I couldn’t believe it and I hoped I didn’t have to sit through another three months of this.

The very first few sessions, she asked me to go out of sight because she felt it was distracting him and without me in the room, perhaps he would calm down. I would hide in the hallway for an hour listening to my son crying and sobbing and out of control. As nice as this therapist was, there were many times I wanted to tell her to get out of my house and leave us alone. I stood in that hallway, grieving my mom, cursing and screaming inside. I remember thinking to myself, how could my mom leave me, how could God take her away now when I needed her the most?  Why was this happening to me? To my son? To my family?  I was out of my mind, overwhelmed and I didn’t think I could get through another day. But I heard an inner voice say to me, “Joann hang in there, it will be okay.”  About a week later, our therapist was right, and Michael had stopped crying and he was working nicely with her.

At the end of our first month, she asked my husband and me if we’d mind if she brought in a behaviorist to give her some feedback on Michael. We agreed, and he came the following week. After spending some time with us and observing Michael, he suggested we take Michael to a pediatric neurologist for an evaluation. I always had autism in the back of my mind, and I knew this was what he was thinking as well. Although he wouldn’t even entertain my questions when asked, he just said, I’d rather you speak to a neurologist than speculate on anything.

We were able to get an appointment quickly, much to our surprise, since we were told it would be months on a waiting list. Let’s say this, once we visited her the first time, it was obvious why her schedule was wide open. That’s a story for another day.

During our visit, she was difficult to understand, not very pleasant and generally a nightmare to get any information out of without pulling teeth. She was walking behind Michael asking him questions, and he obviously didn’t respond to anything. At this point, Michael had lost eye contact, paced or was frequently running around. She asked for us to take off his shoes, and he began to walk on his toes. I had already noticed this at home, and I knew this was a concern or a part of possibly being autistic. She measured his head, his belly, took out books asked him to point out this or that and he responded to none of it. She asked us if he likes anything? We told her that he loves to watch the cartoon Peter Rabbit. It was the one thing that made him smile and happy. She asked us to put an episode on our cell phone, so she can observe him.

After parading around him and generally annoying me, she blurted out, “Yeah he’s autistic. He’s behind, he needs help. He needs about 10 hours of ABA therapy a week, start it right now. Let’s get him an EEG and MRI as well. We’ll send him for genetic testing as well. If you’re lucky, he’ll grow out of it.”  She continued and said, “I’ll see him again in a month once we get all the tests done and see how’s he doing. Her very matter of fact tone left me numb and I could feel the tears in my eyes. “If you’re lucky, he’ll grow out of it?”  I very naively believed that, and I told everyone in my family. No wonder they all looked at me like I had three heads. Who was she kidding? Obviously, only me.

I cried the entire way home. When I got home, my dad and my aunt were there waiting. I told them as I was crying, I didn’t know what to do first. I thought this must be a nightmare. This couldn’t possibly be my son’s life? My family’s life?  This must be a mistake. She doesn’t know what she is talking about and yes, he is going to grow out of it. He’ll be just like his brother and everything will be fine. I was so angry. I kept thinking I wish my mom were here. She’d give me a big hug and say to me, “Now Joann, you know he’s going to be fine. You just do whatever you need to help him. We will all help him, and you will see he will be fine.”  I closed my eyes and I could hear her voice and feel her arms around me. Then I opened my eyes and she wasn’t there, and my son was still autistic.

I am so proud of how much Michael has accomplished and it’s a joy to watch him learn and grow. He has the best smile, and the greatest laugh you have ever heard. He is saying some words, has excellent eye contact, able to sit and attend for hours at a time. He loves school and his therapist. We are lucky because we have a team that consists of family, friends, teachers and a therapist that will move mountains when it comes to Michael. I will continue to talk about Michael’s progress as it is changing frequently. It’s been four years since his first therapy session. It’s been a long road and filled with bumps along the way.

If you have a child who has just been diagnosed on the spectrum, as hard as it seems right now, please take a deep breath and try to get yourself together. Unfortunately, my son’s diagnosis hit me at a time when I was already down due to losing my mom two months before. I wish I’d had a better mindset to process everything right from the beginning. However, with that said, considering everything me and my family was going through, I think we managed it as well as can be expected. 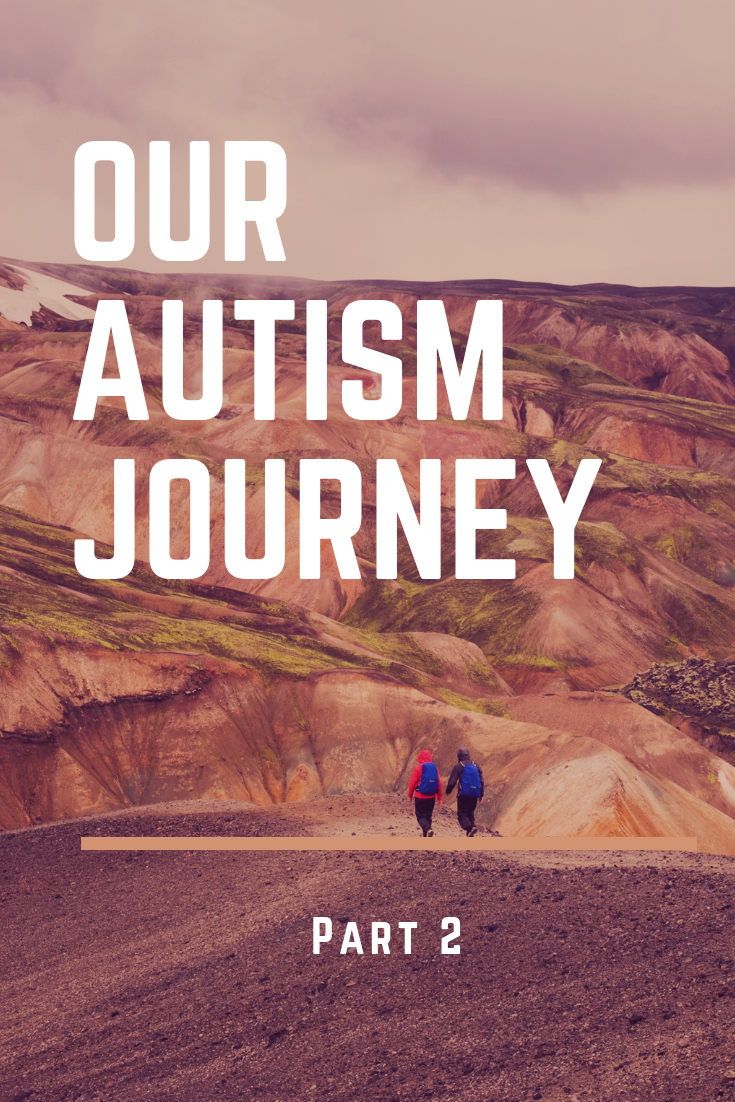 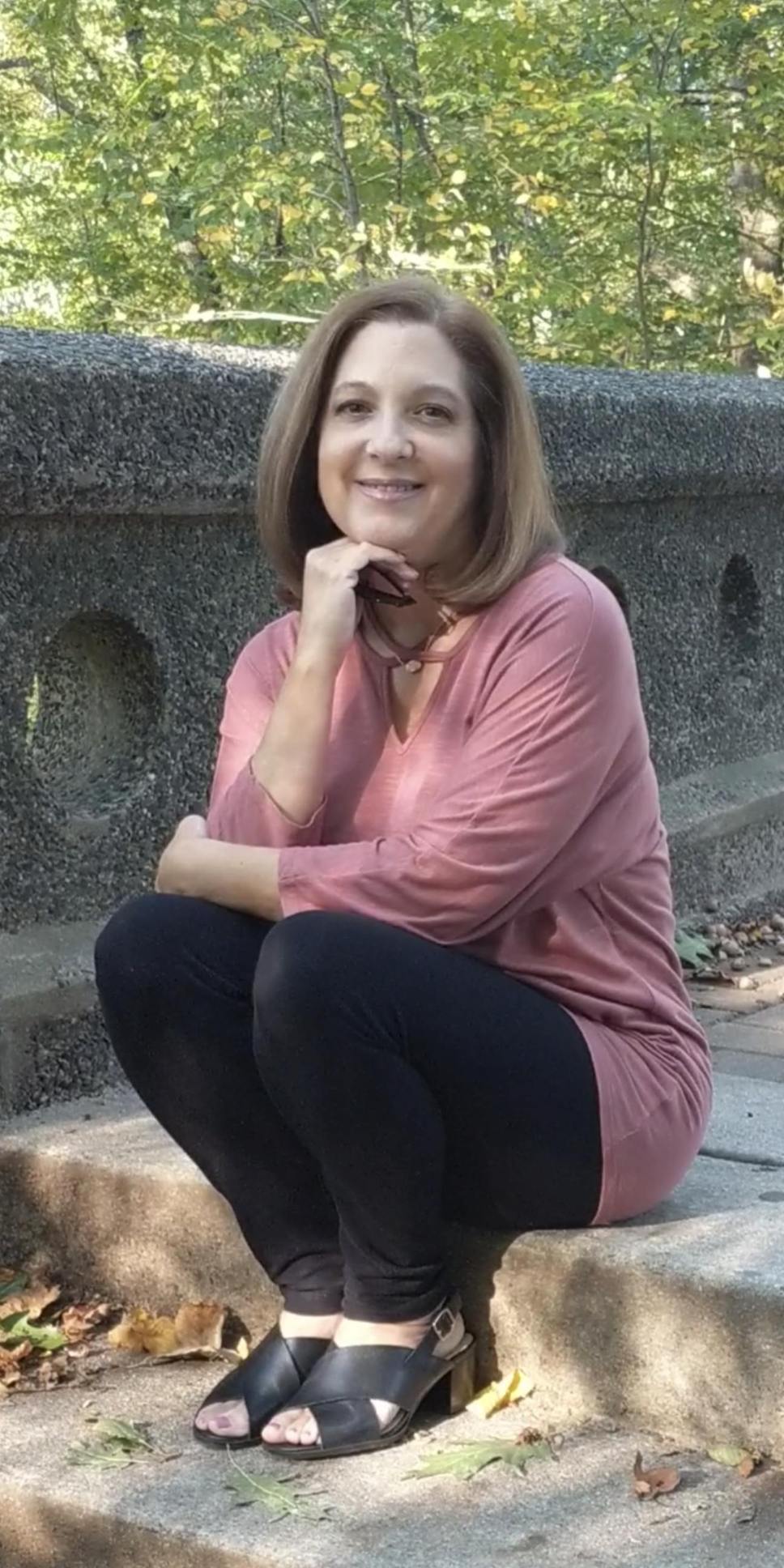